Have you heard the expression “He wears many hats” or “She has to wear many hats?” It means the person has many different jobs to do. One day, you may have to wear many hats! For now see if you can match each hat to the correct job!

Click here for a printable PDF of the game.

Wondering how you can make a difference in your world? Try one (or all) of these:

Write letters. Write to your government officials (with your parents’ help) about a cause you are excited about. Ask them to make a difference.

Raise money. Have a bake sale, talent show or garage sale to raise funds for your favorite charity. Be sure to ask for permission beforehand.

Volunteer. Ask your parents if you can volunteer for a charity. 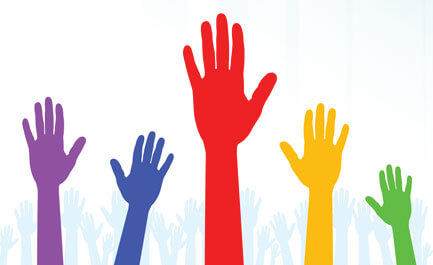 Who was Martin Luther King Jr. (MLK) and what did he do? He was born a pastor’s son in 1929 in Atlanta, Ga. He went to college at the age of 15! He then went to graduate school and earned his doctorate degree. Other important events in his life include:

1955 – Led a nonviolent protest against segregation on buses.

1956 – The Supreme Court ruled segregation laws unconstitutional, and all people rode the bus as equals.

1963 – Gave his famous “I Have a Dream” speech to civil rights marchers at the Lincoln Memorial.

1964 – Won the Nobel Peace Prize and gave all his prize money to promote civil rights.

Martin Luther King Jr. was a man on a mission, and it’s one that you can help carry on. Talk to your teacher and friends about what you can do to celebrate MLK Day.

You may have heard your parents or teachers talk about their New Year’s resolutions, but what does that mean? A New Year’s resolution is a goal you set out to achieve in the coming year. Some examples include doing better in school, making new friends or exercising more. What are some resolutions you can try?

Do you have a goal you’d like to save for? Maybe a bike, skateboard or new musical instrument is what you’re dreaming of. Deposit your money in your Navvi-Gator Super Saver’s Club account and we can help make that dream come true.